Award from the market leader

Quality is twice the fun: For the second time, General Motors (GM) has given Mayser USA the Supplier Excellence Quality Award this time for efforts in 2016. 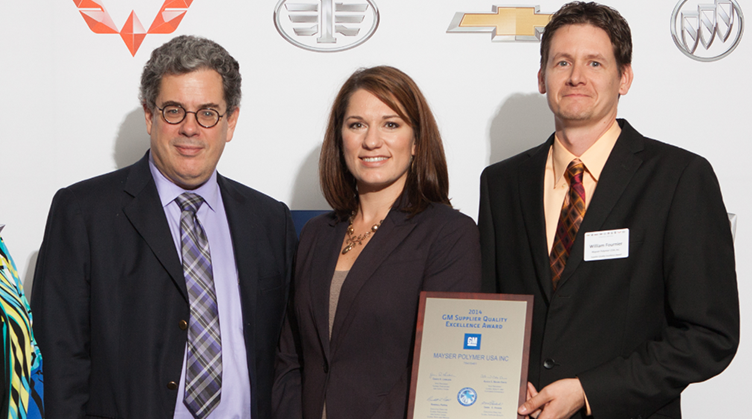 A positive message for the worldwide Mayser team because outside the U.S. as well, the award is an "appreciation of its efforts and support," according to William Fournier, CEO of Mayser USA. GM, by far the biggest American car maker, bestows this award every year and has set high standards for it. For instance, each individual part must function without flaws during the entire calendar year. It is also necessary to be better than demanded by the standard in thirteen of GM's defined criteria. Such clearly defined requirements can be fulfilled only with a consistently high level on the supplier side. Mayser has done that.

Mayser won the award once before in 2014, when GM bestowed it for the first time. In 2015, it missed the award by only a fraction: only one part had a defect. In 2016, everything was perfect again and Sheri Hickok, GM's Managing Director for supplier quality confirmed Mayser's "outstanding performance" and "quality excellence".

The "3rd Annual Awards for Global Supplier Quality Excellence" are presented with a certificate during the official award ceremony during a festive banquet at the end of the year.